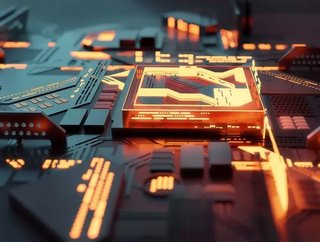 Amazon Web Services (AWS) has announced its quantum computing service Braket is to be made generally available...

Amazon Web Services (AWS) has announced its quantum computing service Braket is to be made generally available.

The offering takes its name from the bra-ket notation used to denote quantum mechanical states and allows customers to design quantum algorithms and test them on simulated quantum computers in the cloud.

Once tested, Braket provides access to quantum computing hardware through the cloud, partnering with systems providers such as D-Wave, IonQ and Rigetti.

Amazon said the possibilities enabled by wider access to the technology are vast, enabling potential discoveries in fields such as energy storage, drug discovery and machine learning, to name a few.

In a press release, Bill Vass, Vice President, Technology, AWS, said: “As we see quantum computing technologies make more meaningful progress, thousands of customers are asking for ways to experiment with quantum computers to explore the technology’s potential and contribute to its development.”

“The cloud will be the main way that customers access quantum computers and combine those systems with high-performance classical computing for certain types of computationally-intensive research. Amazon Braket makes it easy for organizations to begin experimenting with quantum computing today—from those just beginning to explore the possibilities to those that are already familiar with different quantum technologies and are ready to use it as a research tool. Our goal for Amazon Braket is to be a catalyst for innovation across the quantum community, bringing together hardware and software developers, researchers, and end users.”

Quantum computing has come on leaps and bounds in recent years, with Google having claimed to achieve quantum supremacy - referring to a quantum computer performing a task beyond the means of its conventional brethren.

The advent of the technology poses questions owing to quantum computers’ anticipated capabilities in fields such as cryptography, where, due to their highly parallel nature, they can crack encryption methods that would take conventional computer aeons.