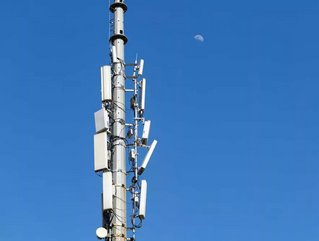 AWS and Vodafone have announced a partnership to accelerate the development of 5G apps through an incubation programme...

AWS and Vodafone have announced a partnership to accelerate the development of 5G apps through an incubation programme.

The Vodafone Business Edge Innovation Program (EIP) lasts for three months and gives businesses and developers access to edge computing training as they develop and deploy proof of concept 5G applications. 20 of the projects will be selected and given access to 5G devices and support to deploy quotes in the UK or Germany.

The announcement represents a further step in the collaboration announced last year to embed AWS Wavelength in Vodafone’s 5G networks with multi-access edge computing (MEC). AWS Wavelength technology enables the delivery of “ultra-low latency” applications for 5G devices. Developers can build applications via AWS infrastructure and deploy them at the network nodes closest to end users, with applications in security, smart cars and cities, and healthcare.

A number of pilot programmes using AWS Wavelength and Vodafone 5G are already in place, such as San Francisco’s Dedrone, which protects against unauthorised drone activity by integrating data from sensors and video to immediately detect the appearance of drones.

Another is Digital Barriers, which uses live video streaming to give improved data to first responders to help with time-critical decisions. Body-worn cameras at the scene can transmit data quickly using the low latency of 5G, for instance allowing hospital staff to better prepare for a patient’s arrival.

In a press release, Vinod Kumar, CEO Vodafone Business, said: “Working with AWS on edge computing means we are making it simpler for both independent software vendors and our customers to experiment with this emerging technology. We’re doing this by offering an incubation space to create and test applications that we can then industrialize and scale. And we’re already seeing some innovative applications that provide positive business outcomes from Dedrone, Digital Barriers, HERE Technologies, Groopview, and Unleash live, with so much more to come once our MEC innovation program is running.”