Baidu doubles down on its driverless vehicle platform Apollo 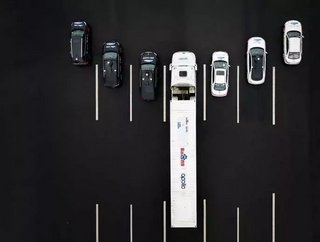 Chinese technology firm, Baidu, has revealed it will ramp up its efforts in the driverless vehicle market. Baidu says that Apollo – its open-source a...

Chinese technology firm, Baidu, has revealed it will ramp up its efforts in the driverless vehicle market.

Baidu says that Apollo – its open-source autonomous vehicle technology platform – is one of the “largest autonomous driving ecosystems in the world, bringing together over 130 global partners and used by over 12,000 developers and partners worldwide.”

At the 2019 Consumer Electronics Show on Tuesday, Baidu said it would build on this platform by launching Apollo Enterprise, a business unit that will create intelligent driving products and solutions for mass production vehicles.

Commenting on the launch, Ya-Qin Zhang, President of Baidu said: “With the key development of Apollo Enterprise, Baidu Apollo expands from an open technology platform to a leading product and service provider for autonomous driving and connected vehicles.

“We’re excited to join hands with each and every Apollo Enterprise client to create safe, customizable, and scalable solutions to accelerate the commercialization of intelligent driving and enhance the mobility experience for everyone.”

Additionally, Baidu also released Apollo 3.5, the latest version of its autonomous vehicle platform, which “can perform in complex urban and suburban driving scenarios.”

Using this technology, udelv, a California-based autonomous delivery van company, is planning to roll out as many as 100 test vehicles across the San Francisco Bay area and other parts of the US.

The startup has also inked a deal with retailer Walmart to test the use of autonomous vans to deliver online grocery orders to customers.

On top of this, Baidu has also announced that it will open source its V2X solutions, which allows vehicles to better communicate with road infrastructure like traffic lights.

In China, Baidu says it plans to launch 100 robo-taxis which will use V2X technology.

The robo-taxis will cover 130 miles of city roads in Changsha, the capital of Hunan province.