Bank of America spends plus $1 billion on cybersecurity 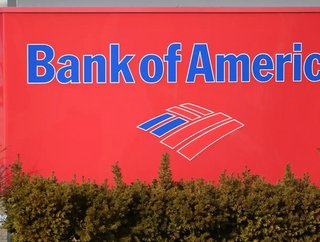 The Bank of America CEO Brian Moynihan said this week the organisation has boosted its cybersecurity spending to more than $1 billion as cyber security attacks continue to rise exponentially.

Moynihan became CEO 11 and a half years ago when he said the bank spent three to $400 million a year. However, a flurry of new cyber security threats, technologies and also business models have emerged as a result of the pandemic. This with the move to remote working and the lack of network perimeter security meant the adoption of secure access service edge (SASE), zero trust and extended detection and response (XDR) to ensure remote users and their data is better protected.

The danger of remoteness

Adversaries have taken advantage of the complexities introduced by the move to remote working by impersonating legitimate users via credential theft and targeting customers in the supply chain. Additionally, the ability to monetise ransomware attacks by leaking data has made the threats more lucrative and employers are having to guard against insiders with dark agendas.

There has been a series of sweeping cyber attacks against private companies, as well as US federal government networks over the past year - two of the most recent being on the Colonial Pipeline, the country’s largest fuel pipeline and JBS, the world’s largest meatpacking company.

It now falls on the private sector to do their bit in the battle against threat attackers. The country’s deputy national security advisor, Anne Neuberger has called on corporate leaders to strengthen their technology defences and has told them they have a ‘critical responsibility’ to protect against such threats and attacks.

Moynihan added consumers were now starting to spend more as the US economy opens up and that 60,000 employees of the Bank of America have informed the organisation of their vaccination status and are also beginning to return to offices.