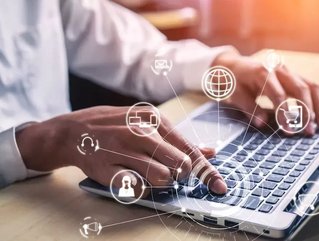 An analysis undertaken on behalf of the United States Department of Defense (DoD) named BlackBerry Jarvis a “best in breed” solution in its category...

An analysis undertaken on behalf of the United States Department of Defense (DoD) by The Aerospace Corporation named BlackBerry Jarvis a “best in breed” solution in its category.

BlackBerry Jarvis’ role as a composition analysis solution is to analyse characteristics and attributes from programmes to offer insights into their quality and security. With more complex software, coming from further afield in the supply chain, it is imperative for companies and governments to check their compliance with regulatory standards as well as their security as part of the software supply chain.

Adam Boulton, Chief Technology Officer, BlackBerry Technology Solutions said: "We are honored to be recognized as best in breed in this report. We understand the need to iterate and deliver software rapidly and with BlackBerry Jarvis tasks that would take upwards of a month to complete can now be automatically remedied within minutes."

As part of the analysis, BlackBerry Jarvis was tested on the Department of Defense’s satellite systems, both in orbit and in production, as well as in flight systems and telescopes. Its plaudits were due to its ability to identify issues faster and more comprehensively than competitors.

Brandon Bailey, Cybersecurity Senior Project Leader at Aerospace said: "As a result of its extensive vulnerability coverage and superior test performance, BlackBerry Jarvis appears to be the ideal single-tool solution for embedded platforms."

BlackBerry of course first came to prominence for its highly successful smartphones, targeted at those in business in government thanks to an emphasis on security and physical keyboards. Since it was dethroned, the company has undergone a successful transformation into an internet of things and enterprise software specialist.

It has also recently been caught up in the battle between Wall Street and Reddit’s WallStreetBets community, although it’s future looks significantly brighter than the likes of GameStop.