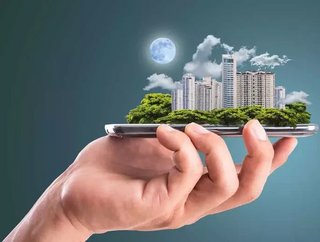 Digitisation is a term that is now used almost everywhere, from the factory floor to the boardroom. For businesses, digitisation is all about harnessing...

Digitisation is a term that is now used almost everywhere, from the factory floor to the boardroom. For businesses, digitisation is all about harnessing the design and deployment of digital technologies such as cloud, mobility, the Internet of Things (IoT) and next generation security, so they are better positioned to take full advantage of new opportunities.

For countries, it is fundamental to delivering a globally competitive digital economy. Today, digital strategies are being implemented by countries around the world to ensure digital is collaboratively embraced to drive economic growth.

If you thought the proliferation of digital technology was a phase, and this era of disruption will soon pass, you may want to think again. By 2021, more members of the global population will be using mobile phones (5.5 billion) than bank accounts (5.4 billion) or running water (5.3 billion), according to our latest Visual Networking Index (VNI), which forecasts global mobile data traffic for the next five years.

What is clear, is that as digital economies grow, mobile applications will become ever more important, ultimately acting as the heartbeat of a prospering digital nation. This is evident in the Cisco VNI forecast which forecasts that by 2021 Western European mobile data traffic will represent 12 percent of total IP traffic, up from just 5 percent of total IP traffic in 2016. Meanwhile, there will be 2.7 mobile connections per person by 2021, up from 1.6 in 2016 in Western Europe.

When we think about mobile, we have to think beyond the ubiquitous handheld devices which have become an intrinsic part of our day-to-day lives. Mobile connections are fundamental in delivering on the possibilities of IoT. The Cisco VNI reports that by 2021 there will be 569 million mobile-connected machine-to-machine (M2M) modules in Western Europe, up from 137 million in 2016.

IoT is no longer a vision of the future, it’s here and transforming the world around us. It represents a fundamental step towards the digitisation of our society and economy. According to the European Commission, the market value of IoT in the EU is expected to exceed one trillion euros in 2020.

We have reached an era in which everything from cars, bus stops, street-lights and clothing can be connected to the internet and be part of an ever-expanding network. This is crucial to the delivery of a thriving digital economy that touches all sectors. Practically, it’s about transport operators enhancing the passenger experience with real time updates, or connected patients who monitor themselves and provide real insight to clinicians and doctors.

The application of IoT across whole economies won’t happen overnight. While you can for example digitise government services to provide effective citizen communications, you can’t build a digital nation the same way you would a road. It’s a complex undertaking and needs to be a collaborative effort, which cannot be one mega-project, but a process that will happen in stages.

Today, cities are the new laboratories for IoT, acting as testbeds for how we can combine technology and business model innovations to create a connected world. They can help address the barriers we face to deploying smart cities, such as city governance, network security, user trust and adoption, interoperability, scalability and justifying investment; creating a blueprint which can then be adopted across whole countries and regions.

At Cisco we are working with cities across Europe -  from Manchester and Barcelona to Hamburg and Paris - to deploy technologies that can help the wider economy to thrive. Here collaboration and ecosystems are particularly important. In Manchester alone, Cisco is working with 21 public and private organisations to deploy effective IoT applications in the city.

We are living through very exciting times. Digital innovation is reshaping countries and markets faster than any transition in history, and as the VNI indicates, this trend will gather pace – not decades out, but over the next 5 years. Digital is no longer just part of the economy — it is the economy. It’s an economy of limitless opportunities for some and disruption and displacement for others. Now is the time for nations to be bold, by both innovating and collaborating to ensure they embrace the former.