CTO of Richemont steps down 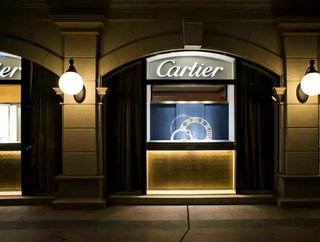 Swiss holding company Richemont, better known as the owner of a number of luxury goods retailers such as Cartier and Jaeger-LeCoultre, has announced tha...

Swiss holding company Richemont, better known as the owner of a number of luxury goods retailers such as Cartier and Jaeger-LeCoultre, has announced that its Chief Technology Officer, Dr Jean-Jacques Van Oosten, has stepped down.

Citing personal reasons, Richemont said “we respect Dr Jean-Jacques Van Oosten’s decision to pursue his career outside the Group and wish him every success in his future endeavours”.

Van Oosten’s departure comes just four months after he was appointed in the role, sparking a search for a new technology lead at the company.

The new CTO, much like Van Oosten, will likely be expected to continue to drive ecommerce operations across Richemont’s brands in the aim of attracting a broader range and demographic of consumers.

According to data from Statista, total retail ecommerce sales are expected to grow from $2.3tn in 2017 to just short of $5tn in 2021, highlighting the need for traditional brick and mortar retailers, such as those within the Richemont Group, to digitise and expand their ecommerce presence.

Van Oosten’s departure continues with the Group-wide management overhaul, with a number of executives at Richemont’s brands having departed in recent times, underpinned by the appointment of two new CEOs at Jaeger-DeCoultre and Baume & Mercier last week.