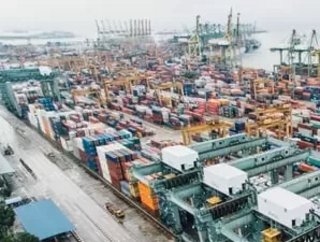 Workers on leave as state-owned rail, port and pipeline company Transnet, appears to be in crisis after major cyberattack

The logistics firm has been forced to halt operations at container terminals in Durban, Ngqura, Port Elizabeth and Cape Town, according to Bloomberg, which cited a note Transnet sent to customers.

The note reportedly read: “Transnet, including Transnet Port Terminals, experienced an act of cyberattack, security intrusion and sabotage, which resulted in the disruption of TPT normal processes and functions or the destruction or damage of equipment or information”. It went on to say that investigators were currently looking into the source of the compromise and the extent of the breach.

Transnet’s website was still inaccessible on Tuesday morning and was showing an error message.

The Johannesburg-based company, founded in 199, said it was experiencing disruption on its IT network and added it had identified and isolated the source of the disruption. However the technical issues seem to be persisting, with Transnet declaring a ‘force majeure’ - that is unforeseeable circumstances preventing a company from fulfilling a contract.

Transnet’s port in Durban handles over 60% of South Africa’s container traffic. And also according to Bloomberg, the company is taking “all available and reasonable mitigation measures” to limit the impact from the disruption. The head of South Africa’s Road Freight Association said that he was “dismayed and gravely concerned” about the cyberattack.

Its CEO, Gavin Kelly, said the attack resulted in “massive delays and unreliability of the movement of goods across all modes of transport,” adding that road freight is bearing the brunt of the impact. He added the ports were closed with no trucks moving in or out, meaning long queues, delays and congestion.

The disruption puts Africa’s most industrialised economy in further jeopardy. South Africa is trying to recover after this month’s deadly riots following the imprisonment of former President Jacob Zuma.

Reuters said Transnet has asked some of its employees who were not involved in running operations to take leave until the issues have been fixed.