Cybersecurity firm Sophos to be acquired for $3.9bn 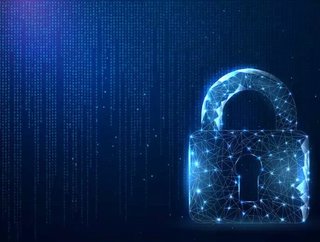 Cybersecurity firm Sophos is to be acquired by US private equity firm Thomas Bravo. That’s according to the company’s press release, which details...

Cybersecurity firm Sophos is to be acquired by US private equity firm Thomas Bravo.

That’s according to the company’s press release, which details that Thomas Brave is offering $7.40 per share, for a total value of roughly $3.9bn. Sophos’ board of directors has unanimously recommended that shareholders accept the deal in a forthcoming meeting.

Based in Abingdon in the UK, the company offers anti-virus software for the home, although its main focus is protecting enterprise. Products include firewalls, endpoint (such as laptops or mobiles) protection and cloud security. The company says it is employed by over 400,000 organizations across the world, and its offerings are guided by a threat intelligence team known as SophosLabs. Its products are integrated in a platform known as Sophos Central, and it emphasises its resistance to evolving methods of cyberattack such as malware and phishing.

Thomas Bravo is a specialist in technology investments, having acquired over 200 tech companies worth over $50bn.

Sophos recently came to prominence with the WannaCry ransomware attack on the UK’s National Health Service, among others, which sent its share price rocketing. CEO Kris Hagerman was reported at the time as saying: “There are a lot of people calling us. We’re getting a lot of interest from customers. It’s a wakeup call to the whole world that we need to make IT security a top priority and need to redouble our efforts to get the basics right. If you don’t, the bad guys will find a way to get through.”

Alongside news of the intended acquisition, Hagerman said: “Today marks an exciting milestone in the ongoing journey of Sophos.Sophos is actively driving the transition in next-generation cybersecurity solutions, leveraging advanced capabilities in cloud, machine learning, APIs, automation, managed threat response, and more. We continue to execute a highly-effective and differentiated strategy, and we see this offer as a compelling validation of Sophos, its position in the industry and its progress.”