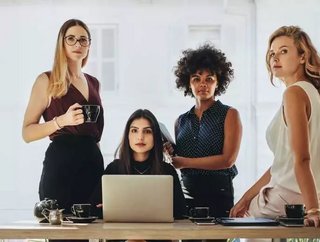 Dell Technologies has crowned the San Francisco Bay Area as the best city for women entrepreneurs. In its annual Women Entrepreneur Cities (WE Cities...

Dell Technologies has crowned the San Francisco Bay Area as the best city for women entrepreneurs.

In its annual Women Entrepreneur Cities (WE Cities) Index – which looks at a city’s ability to foster the growth of women-owned businesses – Dell Technologies researched and rank 50 cities on five important characteristics, including access to capital, technology, talent, culture and markets.

According to the research, the Bay Area is one of the best places for women to gain access to capital, and it was also commended for its culture, showing how role models and public dialogue is helping to eliminate ‘bro culture’ in business.

"When we invest in women, we invest in the future; communities prosper, economies thrive and the next generation leads with purpose," said Karen Quintos, EVP and chief customer officer at Dell Technologies.

"By arming city leaders and policymakers with actionable, data-driven research on the landscape for women entrepreneurs, we can collectively accelerate the success of women-owned businesses by removing financial, cultural and political barriers."

Barriers facing women in business included lack of funding, high-cost of living, low representation of women in leadership roles as well as a lack of government-led policies that support women entrepreneurs.

Mexico City saw the greatest improvement in the Index, ranking No. 45 in 2017 and moving up to No. 29 this year.

The city was particularly applauded for increasing the number of women in education at top business schools and in its legislature.

It has also worked to increase corporate vendor procurement programs and access to capital for women entrepreneurs via crowdfunding campaigns.