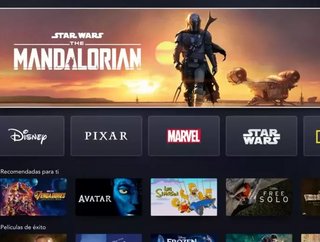 Disney’s streaming service Disney+ has launched in major European countries at a time of coronavirus-caused uncertainty. Having launched in the US ba...

Disney’s streaming service Disney+ has launched in major European countries at a time of coronavirus-caused uncertainty.

Having launched in the US back in November, Disney+ is now being released in the UK, Ireland, Germany, Italy, Spain, Austria and Switzerland, with France coming later on 7 April.

Kevin Mayer, Chairman, Direct-To-Consumer & International, The Walt Disney Company, said in a press release: “We humbly hope that this service can bring some much-needed moments of respite for families during these difficult times.”

Disney+ does battle with the likes of Netflix and Apple’s AppleTV+, which first launched around the same time. Disney is leveraging its huge back catalogue of content as well as its stewardship of some of the world’s biggest franchises to entice people to sign up to the service.

In line with recent requests from the European Union to free up bandwidth for critical activities such as remote working or schooling, the service is to launch with a 25% reduction in bandwidth utilisation.

It follows the likes of Facebook and Netflix, which said in a blog post that to achieve that target, “In Europe, for the next 30 days, within each category we’ve simply removed the highest bandwidth streams. If you are particularly tuned into video quality you may notice a very slight decrease in quality within each resolution. But you will still get the video quality you paid for.”

In a statement, Mayer said of the company’s own measures: “In anticipation of high consumer demand for Disney+, we are proactively instituting measures to lower our overall bandwidth utilisation by at least 25% in all of the markets launching Disney+ on March 24th. In the coming days, we will be monitoring Internet congestion and working closely with Internet service providers to further reduce bitrates as necessary to ensure they are not overwhelmed by consumer demand.”