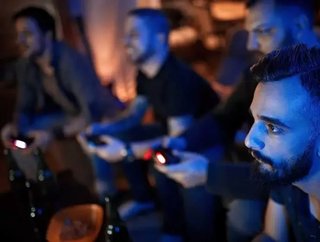 Another day, another streaming service. Today it’s Google’s turn to launch cloud gaming service Stadia. While the move can certainly be seen as bei...

While the move can certainly be seen as being of a kind with Apple and Disney’s recent launches, there are a number of key differences. Most obviously, this is a platform for video games instead of movies and TV shows. A $9.99 subscription will entitle the user to some free games, but others must be bought.

Then there’s the question of scale. Google Cloud is undoubtedly one of the kings of cloud computing, alongside Microsoft Azure and Amazon Web Services, and it is intending to leverage that infrastructure to deliver the altogether more complicated proposition of games compared to video content.

The service’s aim, according to Google, is for games to be instantly available on any screen, without download, thanks to streaming from the cloud. Google says the custom hardware running games on their end will be periodically upgraded to maintain performance, while software-wise it runs open source operating system Linux and graphics API Vulkan. Such an approach sidesteps the necessity of a home console, and removes the inherent limitations of locked-down hardware. The major sticking point will be the strength of the user’s internet connection, however, despite Google’s so-called ‘negative latency’.

Stadia is launching with 22 titles, thanks to a late flurry of announcements. A mix of new and old, with a number of heavy hitters such as Rockstar’s Red Dead Redemption 2 and Ubisoft’s Assassin’s Creed Odyssey, the only title exclusive to the platform is the relatively small-scale Gylt by Tequila Works. Codemasters’ Grid racing game also features Stadia-exclusive content in the form of multiplayer races with 40 people playing concurrently. Google has also announced the arrival of four more games by the end of the year.

Taking a leaf out of Apple’s book rather than Disney’s, the service is launching in all regions in which it available simultaneously, with non-subscription access coming next year.