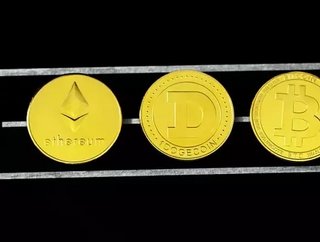 Blockchain site Poly Network said hackers have exploited a vulnerability in its system and stolen thousands of digital tokens such as Ether. The company said it urged the thieves to "establish communication and return the hacked assets".

On a par with other huge hacks

In terms of scale, the hack is on par with huge recent breaches at exchanges such as Coincheck and Mt Gox.

In its letter Poly Network said owing to the scale of the attack, the hack would be recognised in international law as a major economic crime and the perpetrators would be pursued. The firm said a preliminary investigation had discovered that a hacker had exploited ‘a vulnerability between contract calls’. It also urged various exchanges to block deposits of the coins after millions of dollars in tokens were transferred to separate cryptocurrency wallets.

In the region of $267m of Ether currency has been taken, $252m of Binance coins and roughly $85 million in USDC tokens.

Changpeng Zhao, the chief executive of Binance, said his firm was aware of the hack, but added there was only so much he could do. He added the group was "coordinating with all our security partners to proactively help, but that there were no guarantees.”

Poly Network is a decentralised finance, or Defi, provider, which allows users to transfer tokens tied to one blockchain to a different network.

Cryptocurrency systems such as Ether and Binance were developed independently and therefore struggled to work in conjunction with each other.

Losses from fraud in the Defi sector hit an all-time high of $474m in the first seven months of the year, according to a report from research company, CipherTrace.

Last week, the US Securities and Exchange Commission (SEC) charged Defi lender Blockchain Credit Partners and two of its top executives for raising $30m through allegedly fraudulent offerings. This case is the SEC's first involving securities in the Defi space.