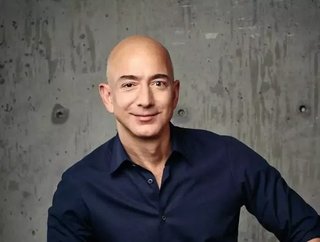 Born in Albuquerque, New Mexico, Jeff Bezos was raised in Houston, Texas and Miami, Florida. A graduate of Princeton University in New Jersey, Bezos studied electrical engineering and computer science before cutting his teeth in the finance industry. He became a vice president of investment firm D. E. Shaw & Co. before leaving to found the company that would secure his legacy.

Amazon, Bezos’ greatest success, was famously founded in his garage in the mid 90s, initially as an online bookstore. In 1999, Bezos spoke of the hopes he had for Amazon, saying: “I think that if we're not one of those important, lasting companies born of the internet, we will have nobody to blame but ourselves and we will be extremely disappointed in ourselves. But there are no guarantees. It's very, very hard to predict.

"But I believe that if you can focus obsessively enough on customer experience, selection, ease of use, low prices, more information to make purchase decisions with, if you can give customers all that plus great customer service...I think you have a good chance. And that's what we're trying to do."

In addition to being CEO, Bezos holds a 12% stake in the company. He previously owned 16%, relinquishing a quarter as part of a divorce settlement with his wife of 15 years, MacKenzie Tuttle, in 2019.

While Amazon remains Bezos’ main focus, his true passion may lie in his space company, Blue Origin. Founded in 2000, the firm was born from Bezos’ lifelong passion for space; he has previously said that “I believe [...] that Blue Origin [...] is the most important work that I’m doing.”

Bezos frames his work with Blue Origin on a generational timescale, anticipating that without pursuing human expansion into space, “we will eventually end up with a civilization of stasis, which I find very demoralizing.”

From his earthly to his cosmic pursuits, it’s clear that Bezos’ philosophy revolves around constant progress and the avoidance, at all costs, of stagnation.