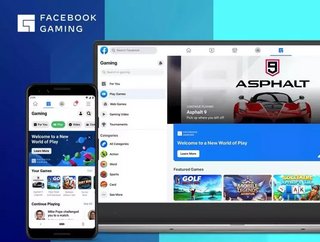 Video games are big business, with the worldwide video game market projected to be worth over $200bn by 2023. That’s attracted the attention of the world’s largest tech companies such as Google and Amazon, who are increasingly active in the space, with Google’s Stadia and Amazon’s Luna cloud gaming platforms.

The traditional giants of the industry have been the big three console manufacturers in the form of Sony, Nintendo and Microsoft. Of those three, only Microsoft straddles the gap between big tech and gaming, and has recently leveraged its own cloud prowess with streaming inside of its games. Indeed, Microsoft’s gaming head Phil Spencer has said that Amazon and Google are now its biggest gaming rivals.

Facebook’s new offering consists of a number of free-to-play games playable across phones, tablets and PCs.

In a blog post, Jason Rubin, VP of Play, Facebook, emphasised that the service was part of its existing casual gaming offering, rather than a totally new product: “All cloud-streamed games are playable in the same way you play games now on Facebook — whether it’s in our Gaming tab or from News Feed. No special hardware or controllers needed – your hands are the controllers since we’re launching with native mobile games. And you can play these games with a mouse and keyboard on desktop. More than 380 million people play games each month on Facebook, and people will play cloud-streamed games right alongside those playing instant games in HTML5.”

The likes of Amazon and Google differentiate themselves by leaning on their strengths, namely their enormous cloud infrastructures, bypassing the traditional home console approach to instead favour streaming video game content online. The ultimate aim is seemingly to create a ‘Netflix of gaming’ with subscriptions replacing ownership.

Facebook’s other major foray into the gaming industry is via its Oculus Quest virtual reality headsets. The new requirement to link the headsets with a Facebook account has recently been the source of some controversy.