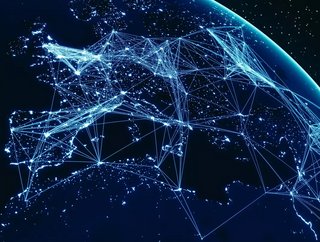 Multiple outages have hit social media, government, and news websites across the globe

A huge outage has brought down a number of major websites around the world. Among those affected are gov.uk, Hulu, PayPal, Vimeo, and news outlets such as CNN, The Guardian, The New York Times, BBC, and Financial Times.

It is thought a glitch at Fastly ─ a popular CDN provider ─ is causing the worldwide issue. Fastly has confirmed it’s facing an outage on its status website but fails to specify a reason for the fault ─ only that the problem isn’t limited to a single data centre and, instead, is a “global CDN disruption” that is potentially affecting the company’s global network.

The firm has been proving increasingly popular among leading media websites. After going public on the New York Stock Exchange in 2019, shares rose exponentially in price, but after today’s outages, Fastly’s value has taken a sharp 5.21% fall and are currently trading at US$48.06.

Content delivery networks (CDNs) are a web of small computers, or servers, that link together to collaborate as a single computer. CDNs improve the performance of internet-connected devices by placing these servers as close as possible to the people using those devices in different locations, creating hundreds of points of presence, otherwise known as POPs.

They help minimise delays in loading web page content by reducing the physical distance between the server and the user. This helps users around the world view the same high-quality content without slow loading times.

Without a CDN, content origin servers must respond to every single end-user request. This results in significant traffic to the origin and subsequent load, thereby increasing the chances for origin failure if the traffic spikes are exceedingly high or if the load is persistent.

The Risk of CDNs

Over time, developers have attempted to protect users from the dangers of overreliance through the implementation of load balancing, DDoS (Denial of Service) protection, web application firewalls, and a myriad of other security features.

Clearly, by the state of today’s major website outage, these measures aren’t enough. Evidently, CDNs present a risk factor that is widely underestimated ─ which needs to be rectified with haste. Content delivery networks have become a key part of the global infrastructure, and so it’s imperative that organisations start to figure out risk mitigation strategies to protect companies reliant on the interconnected service from further disruption and disarray.

Over the coming days, both Technology Magazine and Data Centre Magazine will continue to provide updates on the current situation as developments are made.