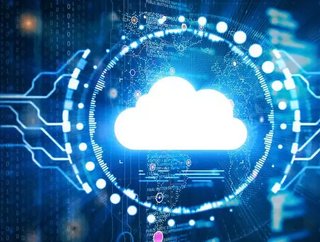 A survey conducted by Swiss tech company Morphean has found a strong correlation between increased cloud adoption amongst businesses, the desire to harn...

A survey conducted by Swiss tech company Morphean has found a strong correlation between increased cloud adoption amongst businesses, the desire to harness data in more insightful ways, and increased faith in cloud tech’s cybersecurity offerings

Of the 1500 IT decision makers surveyed across the UK, Germany, and France, 89% of firms say they have already incorporated cloud services into their business models, and 81% have devised a cloud strategy for the next year.

89% of respondents said they would possibly or definitely migrate physical security technology to the cloud, including video surveillance and access control.

In fact, a mere 64% of the 11% who have no plans to take this option said that this was due to concerns regarding cybersecurity.

The takeaway from this research is that firms are placing greater trust in cloud technology and are increasingly keen to acknowledge the analytical insights that the tech can offer.

In its press release announcing the findings, Morphean said:

“Residual reluctance to shift to widespread adoption of cloud in the face of growing cyber threats appears to be waning.”

It continued, “Paradoxically, it would seem that the rise in cyber threats has led to a consensus that cloud is more agile and better prepared to face the threat of cyber attack versus an on premise solution.”

The research found that 27% of those who had moved services over to cloud technology said that they believed it to offer enhanced security options over legacy methods.

It also found that firms, on average, anticipate 47% of their data to be processed in the cloud over the next two to five years, signalling a vastly increased level of trust in cloud platforms despite concerns that a lack of ownership means a lack of control.

“This study of our market across Europe underpins what we already knew from conversations on the ground but lacked the statistical evidence to prove,” said Rodrigue Zbinden, Morphean CEO.

“Businesses are realising that not only is cloud technology more secure, more agile and more cost-effective than its on-premise alternative when deployed correctly by a proven partner, but the business intelligence benefits that it provides far outweigh the risks.”