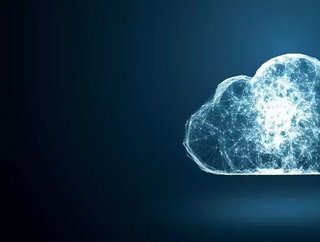 A new report from independent research and advisory firm Gartner has been revealed, with the firmpredictingthat global cloud service expenditure will ex...

A new report from independent research and advisory firm Gartner has been revealed, with the firm predicting that global cloud service expenditure will exceed $260bn in 2017, rising 18.5% from the $219.6bn recorded last year.

The strong growth can largely be attributed to firms increasingly looking to digitise their operations, with growth coming across the board in the software-as-a-service (Saas), Platform-as-a-service (PaaS) and Infrastructure-as-a-service (IaaS) sectors.

"As of 2016, approximately 17 percent of the total market revenue for infrastructure, middleware, application and business process services had shifted to cloud,” said Research Director at Gartner, Sid Nag.

"Final data for 2016 shows that SaaS revenue was far greater in 2016 than expected, reaching $48.2 billion," Nag continued. "SaaS is also growing faster in 2017 than previously forecast, leading to a significant uplift in the entire public cloud revenue forecast."

"Strategic adoption of PaaS offerings is also outperforming previous expectations, as enterprise-scale organizations are increasingly confident that PaaS will be their primary form of application development platform in the future.”

However, the IaaS will see the highest revenue growth from cloud system infrastructure services, with Gartner predicting a growth of 36.6% in 2017.

“In the IaaS segment, Amazon, Microsoft and Alibaba have already taken strong positions in the market,” Nag says, expecting that 70% of public cloud services will be dominated by the top 10 public cloud providers through 2021.

“In the SaaS and PaaS segments, we are seeing cloud’s impact driving major software vendors such as Oracle, SAP and Microsoft from on-premises, license-based software to cloud subscription models.”