Gartner has revealed the top technologies for security for 2017 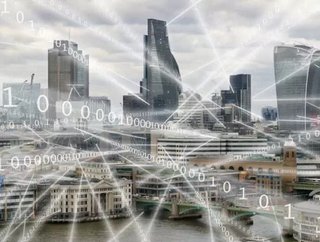 Analysts at the Gartner Security and Risk Management Summit have highlight the toptechnologies that can be used to protect information, and what their i...

Analysts at the Gartner Security and Risk Management Summit have highlight the top technologies that can be used to protect information, and what their implications could be.

Vice President of Gartner Research, Neil MacDonald, said that the threat levels to enterprise IT has continued to be 'at very high levels' in 2017.

"There has been daily accounts in the media about large breaches and attacks on IT systems," MacDonald said at the summit.

"Ultimately, attackers are only going to improve their capabilities so we too have to improve and move to defend ourselves from these breaches."

"We must look at using the very latest technologies to protect against advanced attacks and embrace new computing styles, such as the cloud and DevOps."

Gartner's analysts then detailed a list of eleven top technologies that will be at the forefront of information security, including cloud workload protection platforms and network traffic analysis.

As well as talking about how to prevent attacks, there was also the topic of how to limit the damage done by any attacks that manage to breach the security systems.

Such strategies included microsegmentation, which works by implementing isolation and segmentation in the data centre by acting like bulkheads in a submarine. This can be achieved as attacks usually move laterally to other systems.

Prevention methods include monitoring and analysing traffic to detect behaviours that could be signs of malicious intent.

To help prevent from browser-based attacks - which is the leading source - Gartner says that companies can isolate the browsing function which would keep the malware from infecting the system by shifting the risk to the server session using a remote browser.

Another method that could help is deception - deceiving the attacker by using decoys could disrupt the tools used by the hacker and stop the threat. This strategy is already being used to great effect, with several layers stacked within the system.

Deception can also be used to detect the attackers that have been able to break through the firewall and subsequently be able to reinforce their current defence systems.