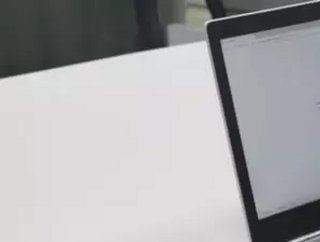 From the end of August Google is cracking down on cybersecurity financial-scam advertisements in the UK.

Any company advertising financial services on the search engine must be authorised by the Financial Conduct Authority after August 30th. Last year, the FCA issued 1,200 consumer warnings about scams advertised by fake companies through social-media platforms.

Google said its latest move was a "significant step", but a permanent solution may also be required by law. Google UK and Ireland managing director Ronan Harris said the announcement reflects significant progress in delivering a safer experience for users, publishers and advertisers. Cryptocurrency adverts are already regulated and only FCA-registered exchanges can advertise.

The company also said it was joining campaign group Stop Scams UK and is the first major technology company to do so. It has pledged $5m (£3.6m) in advertising credits to support such public-awareness campaigns.

However, evidence given to the Treasury Committee earlier this month suggested the FCA had paid Google more than £600,000 to run anti-scam adverts from 2020 to 2021, called ‘ironic’ by the FCA.

In 2020, criminals stole more than £1.2bn through frauds and scams, according to Stop Scams UK. The harm also goes beyond the financial side of things, also taking a toll on people's mental and physical health.

In March, Bank of England governor Andrew Bailey urged the government to introduce a legal requirement for internet companies to remove financial-fraud websites which was legislated on. But it did not specifically mention online advertising, which is seen as one of the main ways scammers reach the public.

According to UK Finance, seven out of 10 financial scams start online and the coronavirus pandemic has witnessed a further flurry of them on search engines and social-media sites. Which? commented it was pleased Google was recognising it must take greater responsibility for fraudulent adverts leading to financial scams, but  would be judged ‘by whether the tide of scam adverts was stemmed’.

The consumer advocate also urged the government to make search engines and social-media companies legally responsible for ‘removing fake and fraudulent content on their sites’.