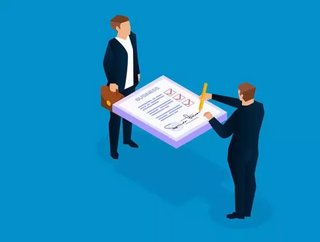 Tim Berners-Lee, the English scientist who invented the World Wide Web, has launched a contract for its protection, receiving endorsements from major te...

Tim Berners-Lee, the English scientist who invented the World Wide Web, has launched a contract for its protection, receiving endorsements from major tech firms.

For governments, the three are regarding ensuring equal access, constant connectivity and data protection. Principles for citizens focus on using the web for collaboration, the construction of communities, and ensuring the Web remains open.

The principles for companies, whose behaviour on the Web has been maligned of late (see Facebook CEO Zuckerberg’s grilling as he testified to the US Congress), make reference to the key role organisations have in guiding the future of the Web. The first, perhaps targeted particularly at internet service providers, reads: “Make the internet affordable and accessible to everyone”.

Second is: “Respect and protect people’s privacy and personal data to build online trust”. This is undoubtedly an ethical topic that will continue to make headlines, with Google’s Senior Vice President, Devices & Services, Rick Osterloh, recently affirming that visitors to a home should be made aware of any active smart devices.

“Develop technologies that support the best in humanity and challenge the worst” is the final principle for companies, and perhaps the one most open to interpretation. Two of the major signatories in Twitter and Facebook, have taken differing positions on related topics such as paid political advertising, with Twitter last month announcing it was banning the activity.

In an accompanying post, Berners-Lee said:  “The power of the web to transform people’s lives, enrich society and reduce inequality is one of the defining opportunities of our time. But if we don’t act now — and act together — to prevent the web being misused by those who want to exploit, divide and undermine, we are at risk of squandering that potential.

“At this pivotal moment for the web, we have a shared responsibility to fight for the web we want. Many of the most vocal campaigners on this issue have already recognised that this collaborative approach is critical.”