Is Google Grasshopper the key to retraining the global workforce? 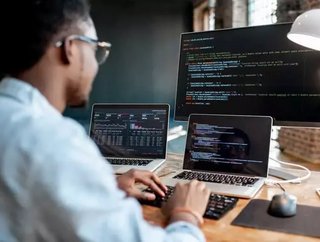 Thanks to the continuing disruption of Industry 4.0, companies’ ability to attract and retain top level tech talent is already the difference between...

Thanks to the continuing disruption of Industry 4.0, companies’ ability to attract and retain top level tech talent is already the difference between those that sink and those that swim. But, despite high demand, an expanding market, and the fact that computer programmers (in the US at least) make an average of $22,000 more a year than people who don’t have coding in their job requirements.

You’d expect computer programmers in 2019 to be as ubiquitous as AI-powered startups or bartenders with journalism degrees. But you’d be wrong.

According to the European Commission, there could be a shortage of around 756,000 ICT professionals by 2020, with a lack of synergy between educational systems and the requirements of the labour market. The report goes on to note the paradoxical nature of an increasingly economically unsure Europe and a tech space with jobs to spare. So what’s the problem?

Well, for starters there aren’t enough people who know how to code. Or, to be more specific, there aren’t enough people who know how to code, do data science, program AIs and so on, that have a knowledge base that is sufficiently up to date. In the 1900s, knowledge of a field obtained via a degree could grant you a 30 year career that might see you need to be retrained and update your knowledge a handful of times. Today, the speed of technological innovation and digital transformation is such that our education systems and professional training programs just can’t keep up. This example is, of course, a sweeping generalisation but the exceptions don’t change the fact that the European Commission estimates more than 53% of workers in the EU “will require significant retraining by 2022.”

As part of its ongoing attempt to infuse the global economy with digitally capable workers, Google launched its own educational resource, Grow with Google. Users can learn how to optimise their business’ presence online, earn certifications for the G suite, explore careers in IT support and more.

Today, Google announced the next step in its project to advance the programming ability of the global workforce. A larger version of its Grasshopper mobile app is now available on desktop.

“Our Intro to Webpages course includes a new project-based curriculum focused on building and designing a website from the ground up. We teach beginner coders the Javascript fundamentals necessary to build a website, as well as new HTML and CSS-based coursework. After just four courses, beginner coders will understand how to build a simple webpage,” claims the Google Blog.

Google claims that over 2mn people have downloaded the mobile app, including stay-at-home parents, construction workers and factory machinists – “people who don’t necessarily have programming experience, but who are interested in exploring coding as a career option.”

As traditional job sectors begin to shrink in the face of increased digitalisation and automation, a freely available education in coding could be the start of a monumental reskilling of the global workforce.