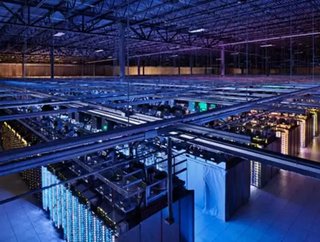 Google has announced that it has built a data center in London for its cloud computing services, which it rents out to third-parties. It is hoped that...

Google has announced that it has built a data center in London for its cloud computing services, which it rents out to third-parties.

It is hoped that the new data center will reduce latency for customers by "up to 82%", according to Google's product manager Dave Stiver.

“Google Cloud Platform customers throughout the British Isles and Western Europe will see significant reductions in latency when they run their workloads in the London region,” Striver said.

“Cities like Dublin, Edinburgh and Amsterdam will see 40% to 82% reductions in round-trip latency when serving customers from London compared with Belgium, according to our tests.”

Currently, Google is trying to catch up to the "big two" of data centers, with Microsoft and Amazon leading the way and enjoying a substantial lead in market share over the Alphabet subsidiary, according to a Gartner report.

By charging for the amount of compute time instead of a flat rate, Google hopes its cheaper prices for customers will help persuade companies to join the Telegraph newspaper and the Coca-Cola company in using their services instead of Amazon’s.

Analysts have estimated that Google’s cloud services earned them around $1bn in sales last year, with forecasts predicting that to double in 2018.

So far, the majority of Google's data centers have been built in the US and Asia, but plans have been drawn up that include new projects in Finland, Frankfurt and the Netherlands.