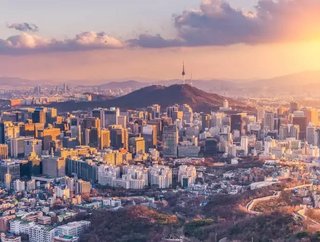 Google has announced a new region for its Google Cloud Platform located in Seoul, South Korea, one of the world’s most technologically advanced societ...

Google has announced a new region for its Google Cloud Platform located in Seoul, South Korea, one of the world’s most technologically advanced societies.

In a blog post accompanying the news, some of South Korea’s largest companies weighed in on the development. Soobaek Jang, VP, AI Server Development, Samsung Electronics, said: “Google Cloud’s flexibility and extensibility help us provide various services more reliably and economically. And now with Seoul as a region, we can have an even bigger impact.”

Chang-Whan Sul, CTO of mobile gaming company Netmarble, meanwhile, said: ““As South Korea’s largest gaming company, we're partnering with Google Cloud for game development, infrastructure management, and to infuse our operations with business intelligence. Google Cloud’s region in Seoul reinforces its commitment to the region and we welcome the opportunities this initiative offers our business.”

Cloud is a renewed focus for Google as it pushes its offering to compete with its fellow $1trn rivals in the shape of Amazon and Microsoft. Last week, Google announced the completion of its acquisition of Big Data firm Looker for $2.6bn. The business intelligence product will be added to Google’s cloud offering as it seeks to close the gap on its rivals, though it has some way to go. In the recent quarterly results released by the companies, Google’s Q4 cloud business revenue reached $2.6bn, while Microsoft’s Q2 cloud revenue was $11.9bn.

Asia itself is a target market for Google, with the company recently partnering with Indian telecommunications firm Airtel to provide Google’s G Suite of cloud products to small and medium-sized businesses (SMBs). That’s a huge potential market for Google, considering Airtel serves some 500,000 SMBs and tech startups across India.