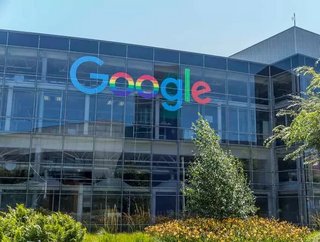 The long-term validity of Google’s plans to power its data centers across the Netherlands with ‘green energy’ has been called into question by a l...

The long-term validity of Google’s plans to power its data centers across the Netherlands with ‘green energy’ has been called into question by a leading industry expert.

Last week, Google announced that it would be purchasing all the electricity generated by the largest solar park in the Netherlands over the next 10 years to power its Eemshaven data center.

But, in an exclusive interview with Construction Global, Jeff Gorissen, COO and Founder of Data Valley Group – which has its own designs on established green energy powered data centers – said Google’s plan is flawed.

“Google are building data centers and promising to use solar energy to power them, but there’s a limited amount of green energy in the Netherlands, particularly wind,” he said.

“What is the main problem for Europe in the future? It’s not the cold, it is heat. The future lies in getting cold from heat. Data Valley Group works on a process that sees the heat of PPUs in servers reused to produce cold. That’s a better solution, so that when you produce cold you don’t need the solar energy for the cooling, you generate your own.”

A growing number of companies, such as Google and even Microsoft, are making the move to design and build “green” data centers.

“There’s a trend for data center providers to go to Finland, Ireland, Sweden, because there’s cold in the air. But there’s more waste involved. When you return heat into the atmosphere it is still waste.”

One of the major concerns for Gorissen is the size of the data center versus the actual energy savings that come with it.

“The Netherlands is only small. A 10-acre field full of solar panels sounds nice, but it’s only used for one data center of 10,000 sq. m – you could power an entire village with that. It’s a good solution, but I don’t think it’s the solution,” he commented.

"Data centers use too much energy and the future green energy, solar and wind, there’s not enough of it so the solution doesn’t work in the long term.

“So, when I look at Google’s data center I’m not largely impressed by the technical elements. You see the size and it’s pretty incredible, but truthfully the solution isn’t there.

“When you use solar for your data center, there’s not enough of it, so you have to do something else you have to think differently.”