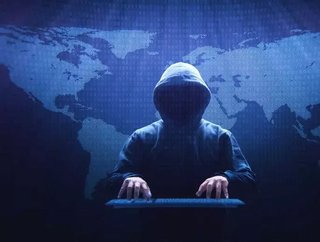 A group of hackers claims to have stolen the script for a forthcoming Game of Thrones episode and other data in a breach at entertainment firm HBO. The...

A group of hackers claims to have stolen the script for a forthcoming Game of Thrones episode and other data in a breach at entertainment firm HBO.

The allegedly stolen Game of Thrones script appears to be from the fourth episode of season seven, which is currently being broadcast.

The hackers have already made upcoming episodes from Ballers, Insecure, Barry and Room 104 available online, and they have promised more “coming soon”, claiming to have 1.5 TB of data.

“HBO recently experienced a cyber incident, which resulted in the compromise of proprietary information,” a statement from the network reads.

“We immediately began investigating the incident and are working with law enforcement and outside cybersecurity firms. Data protection is a top priority at HBO, and we take seriously our responsibility to protect the data we hold.”

The full extent of the hackers’ cache is yet to be revealed, and no episodes of Game of Thrones – HBO’s biggest hit – have been leaked thus far.

For years, HBO has fought a cyber-battle to keep Game of Thrones storylines secret and the show’s content from being illegally distributed – particularly before episodes air.

“HBO has done brilliantly marketing Game of Thrones and it makes them an attractive target for hackers,” said Michael Sulmeyer, Cybersecurity Project Director at the Belfer Center for Science and International Affairs at Harvard University.

Indeed, data published by the piracy monitoring firm MUSO suggests that the season seven premiere of Game of Thrones was pirated 90 million times.

Previously HBO has suffered accidental content leaks but this is the first time the company has been the victim of a cyberattack.

However, it is not the only entertainment firm to suffer such ignominy – in April, a hacker penetrated Netflix to release episodes from season 5 of Orange Is the New Black ahead of its summer return.

Data security is a challenge for entertainment companies, in part due to the large number of players involved in production and post-production.

The intrusion was "obviously disruptive, unsettling, and disturbing for all of us," said Chairman and Chief Executive Richard Plepler in an email to HBO employees.