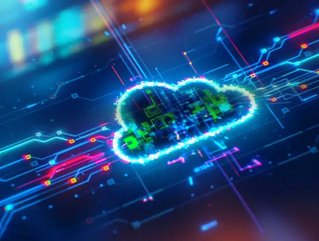 Companies often have far more processing power at their disposal than they might realise - it’s just tied up in dormant locations on the network.

Incredibuild’s offering allows firms to harness that latent power via its Virtualised Distributed Processing platform, which distributes processes across a network in order to build and release software faster - and reduce compute costs by up to 30%. By allocating capacity dynamically, that essentially means company networks can be turned into distributed supercomputers.

It’s thanks to that capability that among its customers the company counts the likes of Microsoft, Amazon, Citibank, Barclays, Adobe, Disney, Intel, Samsung, Epic Games, and Nintendo.

The company is one of many to experience a boost during the pandemic thanks to the changes in company behaviour it has provoked. Indeed, it has seen a 55% increase in revenue in the past year.

The Tel Aviv, Israel-based firm has just announced a $140mn funding round from Insight Partners, which has seen the latter company become the majority stakeholder.

"In fiercely competitive markets, top quality frequent releases are vital," said Tami Mazel Shachar, CEO of Incredibuild. "With the new funding, Incredibuild is poised to expand the market opportunity, enabling companies to maintain their competitive edge. With cloud adoption being paramount, we plan to further scale and evolve our software development acceleration platform for development teams and release managers in verticals such as finance, gaming, and the growing AR and VR markets."

"We firmly believe that Incredibuild has built a crucial technology for any business that wants to develop better software, radically faster," said Teddie Wardi, Managing Director at Insight Partners. "With our long history of investing in the development ecosystem, we are confident that Incredibuild will continue to innovate and build upon their recent momentum."