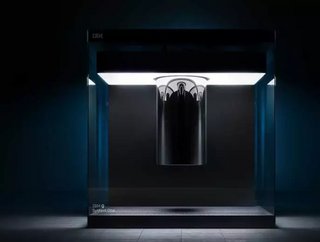 IBM has unveiled its highest quantum volume to date in what it describes as a “new scientific milestone” for the company. Quantum Volume is a measu...

IBM has unveiled its highest quantum volume to date in what it describes as a “new scientific milestone” for the company.

Quantum Volume is a measurement that determines how powerful a quantum computer is.

IBM also noted that, as well as producing the highest Quantum Volume to date, IBM Q System One's performance “reflects some of the lowest error rates IBM has ever measured, with an average 2-qubit gate error less than 2%, and its best gate achieving less than 1% error rate”.

This is important because to to build a fully-functional, large-scale, universal, fault-tolerant quantum computer, long coherence times and low error rates are vital.

"Today, we are proposing a roadmap for quantum computing, as our IBM Q team is committed to reaching a point where quantum computation will provide a real impact on science and business," said Dr Sarah Sheldon, lead of the IBM Q Quantum Performance team, dedicated to quantum verification at IBM Research.

"While we are making scientific breakthroughs and pursuing early uses cases for quantum computing, our goal is to continue to drive higher quantum volume to ultimately demonstrate quantum advantage."

Since 2017, IBM has doubled the power of its quantum computers annually.

It made its first quantum computers available to the public in 2016 through its IBM Q Experience quantum cloud service.