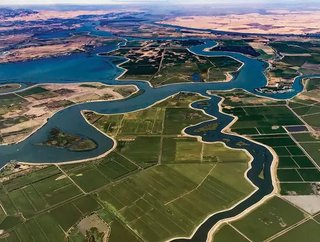 IBM Research has teamed up with The Freshwater Trust (TFT), a nonprofit which aims to preserve and restore freshwater ecosystems, and SweetSense Inc., a...

IBM Research has teamed up with The Freshwater Trust (TFT), a nonprofit which aims to preserve and restore freshwater ecosystems, and SweetSense Inc., a provider of low-cost satellite connected sensors, to track sustainable groundwater usage in California.

Using blockchain and IoT technologies, the companies hope to accurately monitor and track groundwater usage in one of the largest and most at risk aquifers in North America.

The group will pilot the system in northern California’s Sacramento-San Joaquin River Delta, which covers 1,110 sq miles and which provides water to the San Francisco Bay Area and Southern California.

The IoT sensors will send water extraction data to orbiting satellites and then to the IBM Blockchain Platform hosted in the IBM Cloud.

The blockchain will then record all data exchanges and transactions in an append-only, immutable ledger.

Through the pilot, the group hopes to demonstrate how blockchain and remote IoT sensors can accurately measure groundwater usage transparently and in real-time.

Then, through a web-based dashboard, water consumers including farmers, financiers and regulators will be able to demonstrate how sustainable pumping levels can be achieved by trading groundwater use shares.

For instance, if a farmer plans to take the season off to prepare for an organic crop the following harvest, the farmer could sell or trade their water credits on the blockchain to another farmer.

Elsewhere, if there is a particularly dry season you could purchase additional water shares without negatively impacting the aquifer.

"The future success of these sustainability plans hinges on being able to track and report groundwater use, and likely will also require a robust way to trade groundwater shares as well," said Alex Johnson, Freshwater Fund Director with TFT.

"Our strategic intent is to harness new technologies to develop a system that makes getting groundwater more sustainable, collaborative, accurate and transparent process, which is why we are using the blockchain.”

The project has been jointly funded by the Water Foundation and the Gordon and Betty Moore Foundation.

Additional research support will be provided by the University of Colorado Boulder.

“With the addition of the blockchain we can bridge critical trust and transparency gaps making it possible to build a robust, scalable and cost-efficient platform for managing precious groundwater supplies anywhere in the world," added Dr Solomon Assefa, Vice President, Emerging Market Solutions and Director of IBM Research Africa.