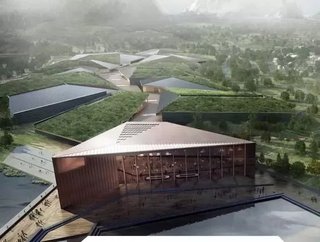 US-Norwegian start-up Kolos has revealed plans to build the world's "largest" data centre in the town of Ballangan in Norway, which is situated just abo...

US-Norwegian start-up Kolos has revealed plans to build the world's "largest" data centre in the town of Ballangan in Norway, which is situated just above the Arctic Circle.

Whilst initially only drawing on around 70 megawatts of power, the centre will grow to need around 1,000MW - making it the largest in the world and beating out Amazon's Virginia plant by virtue of being condensed into a smaller area.

Such power will be provided by cheap, renewable energy, with hydroelectric dams and wind farms nearby.

The cold air, coupled with the geographical location of the data centre (it is surrounded by water on three sides), means that servers can be kept cool without having to expend an extortionate amount of energy.

"As well as the ideal humidity, we have access to that fresh, clean, cool water which can act as a secondary cooling source if needed," said Mark Robinson, co-CEO, to the BBC.

Consuming energy is the biggest problem faced by data centres today, with 3% of the world's global electricity usage being accounted for by the massive computing centres.

That figure is growing bigger still - experts predict that data centres will consume around three times the amount of energy in the next decade. Japan has even said that by 2030, all of its electricity would be used exclusively by data centres if current growth continues.

Whilst the ambitious project looks set to be a success, Lillebo did reassure the city of Ballangan and made promises surrounding the data centre.

In a press release, Kolos stated that they believed the data centre would have a "very positive effect" on the community, "especially in terms of job opportunities."

Local talent - such as the students from nearby universities - would be high on the list of those who would be hired to fill roles.

The four storey, 600,000 square metre centre has secured funding from Norwegian private investors but is still working with a US investment bank to gather more funds.