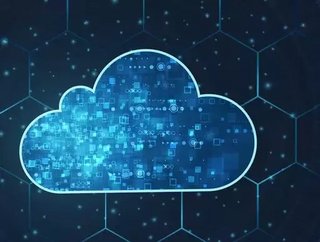 While perhaps still best known for its Microsoft Windows operating system, in recent years cloud has become an ever more crucial part of the company...

While perhaps still best known for its Microsoft Windows operating system, in recent years cloud has become an ever more crucial part of the company.

Azure was originally announced in 2008, before being released in 2010. It offers services such as compute, analytics, storage and networking, with specialised industry solutions in fields such as ecommerce and finance.

Its products are offered on four different bases: as infrastructure as a service (IaaS), platform as a service (PaaS), software as a service (SaaS) and serverless. Azure is charged on a pay-as-you-go basis, billing customers for the specific resources they use, while customer support comes in five tiers, from Basic to Premier.

Its services are very broad in scale, covering such areas as compute, storage, networking, integration, IoT, DevOps, AI and machine learning, blockchain and databases, just to name a few.

Azure also intersects with other cloud technologies on offer from Microsoft, with the likes of Windows Server, Active Directory and SharePoint, as well as its Office365 suite.

Azure is widely recognised as the vehicle behind Microsoft’s renewed impetus, having become a $1trn company back in April 2019, beating Google. A large part of that growth has been in what the company calls its ‘Intelligent Cloud’ business area (up 27% in the last quarter), which incorporates the likes of Azure, and ‘Productivity and Business Processes’ (up 17%), of which LinkedIn is a part.

Azure has been championed by the company’s CEO Satya Nadella, who has said: “Stepping back from the quarter and reflecting more broadly on the next decade, the defining secular trend will be the increasing rate of digitization of people, places and things. This malleable power of software will drive productivity growth across all industries, leading to more inclusive economic growth far beyond the domains of consumer tech today. Tech spend as a percentage of GDP is projected to double over the next decade.”