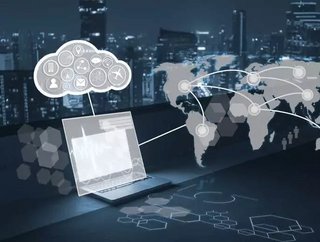 New Q2 data from Synergy Research Group shows that the four leading cloud providers all continue to maintain or grow their share of the worldwide cloud...

New Q2 data from Synergy Research Group shows that the four leading cloud providers all continue to maintain or grow their share of the worldwide cloud infrastructure services market.

Microsoft and Google have almost doubled their quarterly revenues since Q2 of 2016 and both have increased their market share substantially, with Microsoft the biggest gainer overall, with a 3% increase in market share.

Amazon Web Services (AWS) remains the dominant market player, increasing its share to 34%. Despite its much larger scale, AWS has continued to grow its revenues more rapidly than the overall market, thus contributing to its increased share.

IBM held its market share steady at 8% - behind Microsoft at 11% but ahead of Google with 5% - thanks primarily to a strong showing in hosted private cloud services.

“The increasing dominance of hyperscale players continues to play out, with all four leading companies having cause to celebrate,” said John Dinsdale, a Chief Analyst and Research Director at Synergy Research Group.

“While Microsoft Azure and Google Cloud Platform are doubling in size, IBM continues to dominate in hosted private cloud and AWS is still over three times the size of its nearest competitor.

“Some of the numbers are actually pretty spectacular. The year-on-year market growth rate is nudging down as we expected in such a large market, but it remains at comfortably over 40% and AWS alone generated revenue growth of $1.2 billion over the last four quarters.”

Among the next 10 top-ranked cloud providers, Alibaba and Oracle are achieving the highest growth rates.

Alibaba has now become the fourth ranked provider in IaaS, thanks to very strong growth in its home Chinese market, helped by aggressive expansion abroad.

“China is a big market, but the cloud market just started to grow, which gave us a good foundation. We think we can do more outside of China, but we are a few years behind. We started our global footprint a couple of years ago. We have 14 global data centres including eight outside of China,” explained Ethan Yu, Alibaba Cloud Global GM.

Overall, the lower ranked sized cloud providers are in aggregate losing share to the market leaders, a continuation of recent market trends.