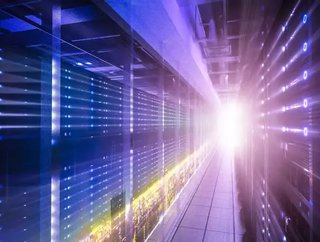 Microsoft has announced a number of new leadership appointments in its Middle East Africa (MEA) headquarters as the company increasingly looks to digita...

Microsoft has announced a number of new leadership appointments in its Middle East Africa (MEA) headquarters as the company increasingly looks to digitally transform its regional operations.

Celine Bremaud, Vice President of Sales, Marketing and Operations for Microsoft MEA assembled the team of six industry leading directors that will be tasked with carrying out this initiative.

El-Kabbany left his post at BT as Vice President for Middle East and North Africa to assume his new role with Microsoft, having served the telecomms company for 11 years. With his regional expertise in the industry, El-Kabbany will look to drive regional cloud adoption.

Foudeh will be required to drive digital transformation within key public areas including the healthcare and education sectors. This is an internal company appointment, with Foudeh having served Microsoft for 15 years, holding several regional leadership positions throughout this time.

Delamarre’s role will see him build strategic regional alliances through the advancement of Microsoft’s image as an innovative partner. He joined the company back in 2011 within its Gulf division, most recently acting as the Enterprise Director.

Galvis previously held a similar role to his latest appointment within Microsoft’s Gulf unit, as well as previously having spent six of his 20 years with Microsoft in the MEA region. During these six years, Galvis worked to accelerate the adopting of cloud skills by working to nuture local talent.

Having previously worked as Microsoft’s Senior Director of Education for MEA, Chaban will now lead a team of skilled experts in the aim of achieving digital transformation in four key areas: workplace modernisation, business applications, data & AI and infrastructure.