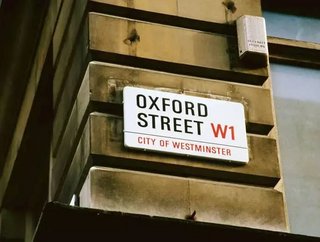 Tech behemoth Microsoft has opened its flagship European store on London’s Oxford Street, stating that the UK’s capital is “hard to beat”. The...

Tech behemoth Microsoft has opened its flagship European store on London’s Oxford Street, stating that the UK’s capital is “hard to beat”.

The 22,000 square ft store, spread over three floors, contains a range of one-of-a-kind features, according to Microsoft’s 10 July press release.

Interactive video game experiences, augmented reality HoloLens headsets, and digital transformation workshops for enterprises are just a couple of these features at the new store.

“This has been a three-year labour of love for me,” said Cindy Rose, CEO at Microsoft UK, in the press release.

“What I love most about this flagship is that it’s so much more than just a shopping experience. It is a destination where we can engage with local community to bring our mission to life. Whether it’s teaching kids to code, training educators on how to use tech in the classroom, or showing small businesses and large enterprises how we can help digitally transform their organisation, this store will be the best place to experience all that’s possible with Microsoft.”

“During my Microsoft job interview [in 2016] I remember discussing the need for a Microsoft retail store in London. That’s how long I’ve been thinking about this and planning it. I feel like that part of the jigsaw is now complete.

“Around 86 million people pass through Oxford Circus every year. That’s hard to beat. London is also an incredibly diverse city, so we can serve lots of different customers here; it’s a very pan-European city.

“There are very few locations in the world that feature all the different parts that make up what Microsoft is. The early adoption of technology in the UK has been very impressive. That’s important when the company is thinking about what investments to make and where to make them.

“This flagship would not be in London if we didn’t have a very strong commercial business in this country. We thought very deeply about this.”