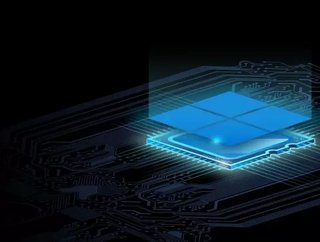 Microsoft has announced a new custom chip known as Pluton with the potential to combat hardware security flaws...

Microsoft has announced a new custom chip known as Pluton with the potential to combat hardware security flaws.

In recent times, two hardware vulnerabilities came to light, known as Spectre and Meltdown respectively. Those bugs, present at a fundamental level within microprocessors, meant private data could be exposed by cyber criminals. While patches were quickly rolled out, the hardware nature of the issue meant new design approaches were also needed.

Microsoft’s newly announced Pluton chip, developed in collaboration with three of the premier chipmakers in the form of Intel, AMD and Qualcomm, seeks to remedy such issues.

In a blog post, David Weston, Director of Enterprise and OS Security, Microsoft, said that hackers are “moving to new targets: the seams between hardware and software that can’t currently be reached or monitored for breaches. [...] This chip-to-cloud security technology, pioneered in Xbox and Azure Sphere, will bring even more security advancements to future Windows PCs and signals the beginning of a journey with ecosystem and OEM partners.”

Pluton is set to be integrated into future Intel, AMD and Qualcomm CPUs to complicated hackers’ ability to extract sensitive data from computers which they have physical access to.

The technology was first debuted on Microsoft’s Xbox One games console in 2013 to make it more difficult to hack, before also being used to secure internet of things devices connecting to Microsoft’s Azure Cloud, and now graduating to being used in Windows 10 devices.

“Our vision for the future of Windows PCs is security at the very core, built into the CPU, where hardware and software are tightly integrated in a unified approach designed to eliminate entire vectors of attack,” said Weston. “This revolutionary security processor design will make it significantly more difficult for attackers to hide beneath the operating system, and improve our ability to guard against physical attacks, prevent the theft of credential and encryption keys, and provide the ability to recover from software bugs.”