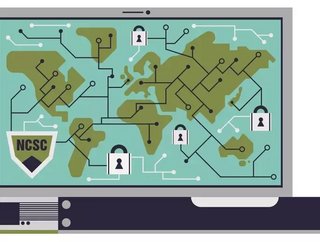 The National Cyber Security Centre has prevented thousands of attacks and helped manage the response to widespread cyber threats in the UK in the past y...

The National Cyber Security Centre has prevented thousands of attacks and helped manage the response to widespread cyber threats in the UK in the past year, its report has revealed.

To mark its first year anniversary, the NCSC - part of GCHQ - has released a report that explores its impact in the past 12 months, from developing the UK's cyber defence to reacting to the WannaCry ransomware.

Of the 1,131 cyber incidents reported in the past year, around 590 were deemed significant and 30 of these were then assessed as being sufficiently serious to require a cross-governmental response.

One of these incidents was the cyber-attack on the UK Parliament on 25 June, 2017, in which "email accounts of UK MPs, Peers, their staff and parliamentary officials were the subject of a sustained and determined cyber-attack."

However, those email addresses targeted were because of weak passwords, and that far fewer than 1% of all accounts were compromised, says the report.

On 12 May, the NCSC - and the world - faced "its biggest test of the year" in the form of WannaCry.

With parts of the NHS on shutdown after outdated systems were infected with the ransomware, the first ministerial COBR meeting was called following a cyber-attack.

With the incident affecting 47 NHS Trusts and Foundation Trusts, the NCSC worked with NHS England's emergency response teams to offer victim support, as well as divert ambulances and operations to alternative locations.

At the launch of NCSC's new headquarters in Nova South, Chancellor Phillip Hammond said: "I know how significant the digital sector is for the UK economy - worth over £118bn per year."

"This cutting-edge centre will help to cement our position as a world leader in cyber-security and ensure our country remains resilient against potential attacks."