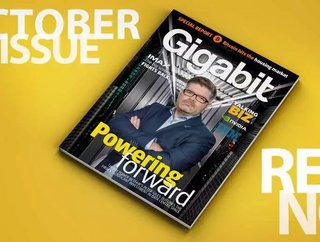 October’s edition of Gigabit is out now! Our cover story is an interview with Baroness Michelle Mone and Douglas Barrowman about the ways in which th...

October’s edition of Gigabit is out now!

Our cover story is an interview with Baroness Michelle Mone and Douglas Barrowman about the ways in which they are hoping to make cryptocurrency mainstream, including selling US$250mn of Dubai property in Bitcoin.

We also feature an exclusive interview with Giovanni Dolci, Vice President of Theatre Development and MD for Europe and Africa, about the comeback of IMAX thanks in part to this summer’s cinematic hit, Dunkirk. Find out how this and virtual reality experiences and leading the charge for the premium cinematic expert.

Plus, this month’s top 10 is a list of the largest data centres in the world.

Enjoy the magazine, and feel free to join in the conversation on Twitter.