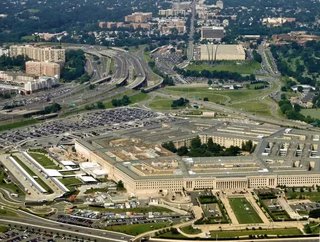 The US Department of Defense has announced the appointment of Dana Deasy, the former Chief Information Officer of JPMorgan, as its own CIO. “I'm plea...

The US Department of Defense has announced the appointment of Dana Deasy, the former Chief Information Officer of JPMorgan, as its own CIO.

“I'm pleased to announce that Mr Dana Deasy will serve as the Department of Defense chief information officer. He is joining us from JP Morgan,” said Dana White, the Pentagon’s Chief Spokesperson.

In his new role, Deasy will become responsible for the management and use of information, communications and cybersecurity for the Department of Defense.

His appointment comes at a time when the Pentagon is looking more readily to enhance its IT networks with technologies such as the cloud, having opened bidding for a multibillion dollar cloud services contract that Amazon is expected to obtain, despite competition from Oracle, Microsoft, IBM and others.

“Mr Deasy's extensive enterprise-level experience and leadership will ensure the department drives a culture of performance and maximizes the value of every taxpayer dollar entrusted to us,” White continued.

Having stepped down from his role at JPMorgan in September, Deasy will now join the Pentagon in early May.

Upon his enrolment, Deasy will replace Essye Miller in the position who has been filling in on an interim basis since John Zangardi stepped down from the post after becoming CIO of Department of Homeland Security.