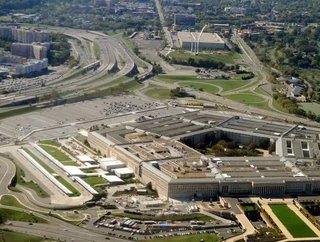 The Pentagon has officially opened the bidding for a multibillion dollar government cloud services contract that is set to create tense competition betw...

The Pentagon has officially opened the bidding for a multibillion dollar government cloud services contract that is set to create tense competition between the likes of Amazon, Microsoft, Oracle and IBM.

The 10-year contract has been offered as part of an attempt to transform the US Department of Defense’s (DoD’s) communication networks across its military services and commands.

The announcement was made during an Industry Day, where the Pentagon stated that it would be opening up the tender for the Joint Defense Infrastructure Cloud (JEDI) to any single cloud provider.

“This is not another IT project,” said Air Force Brig. Gen. David Krumm said during the meeting. “This is going to make a difference like few things have to get data to our war-fighters when and where he or she needs it.”

Amazon has been named the frontrunner within this, having already secured two other government cloud contracts, whilst also having launched AWS Secret Region in November – a cloud service specifically tailored to US-based governmental intelligence agencies such as the Central Intelligence Agency (CIA).

However, Microsoft too has been making inroads into the public cloud industry. Just this week, the company announced that it would be integrating its hybrid cloud platform, Azure Stack, with its Azure Government unit in 2018, allowing agencies to run the technology on their own private servers in the aim of making it more attractive.

Further, according to KeyBanc Analysts, AWS saw its grasp on the public cloud computing market slip 6% in Q4 2017, whilst Microsoft Azure’s own market share grew 4% during the same period.

However, whilst IBM and Oracle, alongside Microsoft, remain competitive within the market, AWS still retains a total market share of 62%.

This dominance in the market, combined with Amazon’s track record of working with the US government, will place it in a strong position as the companies look to secure the DoD JEDI cloud computing contract.