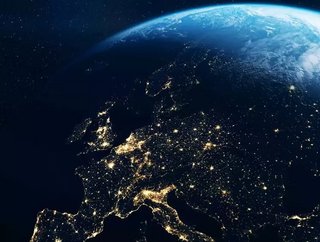 Historically, the frontier of space has been impenetrable for small businesses, and breached only by the enormous cash reserves and non-profit focus of governments.

In recent times, however, there has been a revolution in space access thanks to new technologies and approaches that have massively reduced the cost to put items into orbit. That’s led to a new boom in satellite constellations such as OneWeb or SpaceX’s Starlink.

Indeed, even NASA now relies on privately-operated spacecraft built by Boeing and SpaceX in its Commercial Crew Program to ferry astronauts to and from the international space station.

It’s not just the biggest companies that are taking advantage of the new relative ease of accessing space, however. With SpaceX’s Smallsat Rideshare Program allowing companies to put 200kg into orbit for $1mn, startup companies such as Planet are launching satellites, in this case to take high resolution images of the earth’s surface.

Now, Amazon has announced its AWS Space Accelerator, a four-week programme for startups using AWS cloud. The company is partnering with specialist space investment group Seraphim on the project, which has opened for applications and will offer business development and research and investment guidance for the ten companies selected.

“Startups provide a catalyst for bold new experimentation in the space industry,” said Clint Crosier, director of aerospace and satellite at AWS. “We are proud to announce the AWS Space Accelerator as part of our ongoing commitment to help startups succeed, and to shape the future of aerospace. We look forward to helping the first cohort of companies launch and grow through this new program.”

The program is open to startups at all ages of maturity operating in areas such as robotics, earth observation and more.

“AWS is building a world-class accelerator program for space startups tailored around the use of AWS services, and we are excited to work with them,” said Rob Desborough, partner, Seraphim. “Combined with Seraphim’s unique domain expertise in space investment and acceleration, we hope to attract, select, and accelerate startups who will go on to address some of the world’s biggest challenges.”