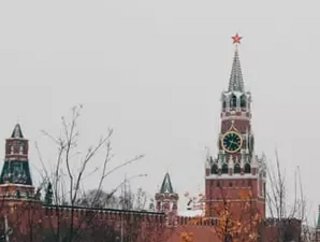 Cardiff University's Crime and Security Research Institute found 32 prominent media websites across 16 countries were targeted including Mail Online, the Express and the Times.

The comments were fed back into Russian-language media outlets as the basis for stories, researchers said.

The operation is believed to have been escalating since at least 2018, but recently focused on the Western withdrawal from Afghanistan.

In one example highlighted by the researchers, a Mail Online story last month about the Taliban's victory in Afghanistan featured 2,500 comments from the public. But some, it is alleged, were part of an organised Russian campaign.

‘The end of western democracy’

By selecting a small number of the comments posted, a Russian news article was then headlined: "The British have compared the rise of the Taliban to power with the end of Western civilisation".

Cardiff University researchers say it was one of 18 recent stories on the fall of Kabul that were produced using reader comments in the UK and US, supporting Russia's narrative about the end of liberal democracy, the failure of Nato or made a link to the willingness to support Ukraine. The Cardiff team say this was just the latest part of a long-running campaign.

They identified 242 stories where provocative pro-Russian or anti-Western statements were posted in reaction to articles relevant to Russia. Researchers used pattern recognition techniques to analyse reader comments, which suggested some accounts were posting pro-Kremlin content in an organised manner.

These would be published in Russia, but also other European countries, particularly Bulgaria. These would then be further amplified on social media platforms, including Telegram.

He said: "There has been a tendency to think about influence operations as just pivoting around the use of fake social media accounts on Twitter and Facebook and the like. What is important about this research is showing how other kinds of media can be and are being manipulated and on an almost industrial scale."

Russia has consistently denied being involved in propaganda and misinformation operations.

Other websites targeted include the US's Fox News, Le Figaro in France, Der Spiegel and Die Welt in Germany, and Italy's La Stampa.

The work was undertaken by the Open Source Communications Analytics Research programme at Cardiff University's Crime and Security Research Institute and was funded by the UK Foreign, Commonwealth and Development Office.