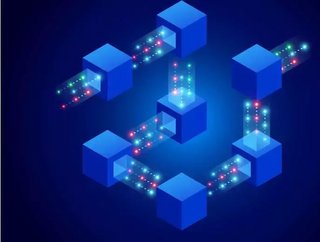 Efforts by a number of companies, including Honeywell, CQC and Rigetti, are bringing the commercial advent of quantum computing closer than ever. The t...

Efforts by a number of companies, including Honeywell, CQC and Rigetti, are bringing the commercial advent of quantum computing closer than ever.

The term ‘quantum computing’, however, risks becoming a buzzword without clear definition. Simply put, quantum computing is analogous to regular computing, except for the use of quantum rather than conventional bits. While a regular bit is, by definition, in one of two states, a quantum bit can be a superposition of both states at once, opening up novel approaches to computation.

The advent of the technology poses questions owing to quantum computers’ anticipated capabilities in fields such as cryptography, where, due to their highly parallel nature, they can crack encryption methods that would take conventional computer aeons. Increasingly, however, the narrative is becoming more about the possibilities of the technology, particularly in a commercial space, owing to the interest of some of the world’s largest tech companies.

Rigetti, one of the providers behind Amazon Braket, Amazon’s service bringing access to quantum computing via the cloud, has just raised $71mn of a planned $80+mn round. That funding represents the single largest round to date for the company, which has raised almost $200mn total.

While Amazon Braket targets scientists and researchers as well as developers, more nakedly commercial efforts are afoot. American industrial conglomerate Honeywell has said it is building “the world’s most powerful quantum computer” based on quantum volume. Expected to be ready for commercial testing within three months, JPMorgan Chase has signed up as the first customer, bringing it to bear on financial calculations.

The broader field of quantum computing is going from strength to strength, with Google claiming the achievement of quantum supremacy (the point at which a quantum computer performs a task beyond the means of conventional computers) back in October 2019. On Monday, the UK’s Cambridge Quantum Computing (CQC), a company focused on the commercialisation of the technology, announced a collaboration with CERN. That partnership will naturally focus on the application of quantum computing to particle physics, using the increased compute power to crunch through data.