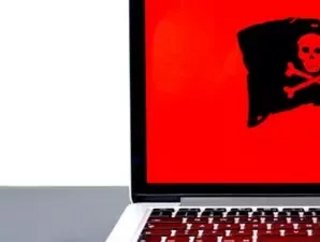 The recent uptick in ransomware attacks can be managed without outright bans on cryptocurrency. This is according to the CrowdStrike co-founder and former Chief Technology Officer, Dmitri Alperovitch.

Alperovitch agrees that crypto is a huge part of the problem because of its ability to receive payments anonymously, but doesn't think the technology should be banned. He went on to say banning computers would solve the problem but obviously that would never happen and suggested instead a range of rules could be implemented to counteract ransom payments being made in digital currencies.

The rise of ransomware cyberattacks

Reported global ransomware attacks increased by a huge 485% last year compared with 2019, according to cybersecurity firm, Bitdefender. The high profile attack in May involving the Colonial Pipeline in the USA, for which the company paid a $5 million ransom in bitcoin served to intensify scrutiny on the subject.

And as well as happening more often, such attacks have also become more sophisticated recently, being described as ‘big game hunting’ by George Kurtz, who helped co-found Crowdstrike in 2011 and is its CEO. The company provides cloud-based services, including endpoint security, threat intelligence and cyberattack response.

The former director of US Cybersecurity and Infrastructure Security Agency, Chris Krebs, also said the role of cryptocurrency in enabling cyber-criminals needed to be looked into, saying cryptocurrencies have ‘skated under the radar’ for some time in terms of transparency. He added in the medium term, businesses should prepare contingency plans in case they fall victim to an attack.

Finding the key to solving crypto-crime

Industry experts have varying views on how cryptocurrency impacts the scale of ransomware attacks, which can take targeted devices and systems offline then demand a ransom payment - often in cryptocurrency - from an organisation or firm, in exchange for releasing the data. Some industry experts believe clamping down on digital currencies could be the key to limiting these attacks, while others think such transactions occurring on digital ledgers, ie blockchain, can actually be beneficial in tracking down perpetrators.