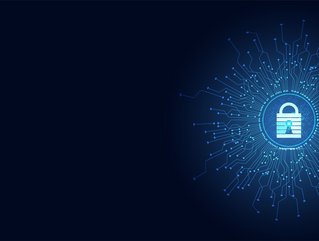 Organisations continue to host vulnerable, internet-exposed systems that are being targeted by attackers, according to Rapid7’s 2020 Thr...

Organisations continue to host vulnerable, internet-exposed systems that are being targeted by attackers, according to Rapid7’s 2020 Threat Report

That threat landscape can be different for organisations, depending on industry sector or operations.

However, the Threat Report cuts through the noise using the company’s industry-leading insight, to give a clearer picture of the key threats facing industries, and define how they will change and evolve throughout the year.

What is a threat?

A threat exists when an organisation has an adversary with intent, capability and opportunity. According to Rapid7, when two or more of those elements exist, businesses face an ‘impending threat’.

If the third element comes into play, a ‘true threat’ is possible.

Rapid7 approaches this latest iteration of report with a change mindset spurred, it says, by an evolution from building software to building solutions that have defined and achievable outcomes.

With that in mind, it has changed the narrative to embrace the ‘so what’, with the information set out to answer three questions: “what does this mean for you”; “how can you use it”; and “how can it improve your security programme”.

It also recognised a levelling off of EternalBlue exploit attempts in its Project Heisenberg honeynet. This, it states, indicates that there are “still so many exploitable Microsoft Server Message Block services out on the internet that attackers still find it lucrative to hunt for them.”

The overall population of vulnerable services holds steady, it is revealed, therefore holding the attention of attackers.

In this area, Rapid7 recommends prioritising the measuring and improving of the time to deploy patches, particularly to internet-facing systems.

It also suggests organisations measure and improve how they are viewed by external attackers, particularly in terms of what systems and services are available online.

Attackers continue to target valid user accounts as their preferred method for breaching an environment.

In addition, Rapid7 sees attackers favouring malware, phishing, and malicious documents. Indeed, those three categories are revealed to account for close to 80% of how they attack organisations.

The company recommends that organisations focus on improving user account security with two-factor authentication, password complexity requirements and rotation policies, and the monitoring of the dark web for leaked credentials.

It also suggests that organisations make better use of User Behaviour Analytics to increase their ability to detect the unauthorised use of credentials.

Organisations can also employ other approaches, including the development of threat hunting capabilities and the implementation of an effective endpoint detection and response solution.

For the first time in a Threat Report, Rapid7 has addressed the recommendations that its Managed Detection and Response (MDR) team identifies. This team currently identifies and stops 85% of threats within one hour of initiation and more than 90% within one day.

The team noted that:

Rapid7 explains that, where where it sees a low level of effort and a high priority, automation is a consideration.

The report sets out a series of recommendations and their priority level, which can be used by businesses to justify any particular threat or security action. These can be seen here.

However, key takeaways and recommendations from the report include:

Find out more about how Rapid7 can improve your security here.