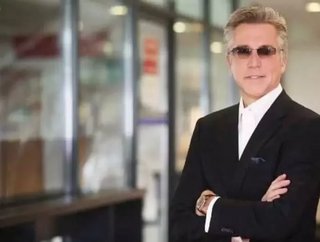 Bill McDermott, CEO of German multinational software company SAP, has revealed he is not renewing his contract and is stepping down with immediate effec...

Bill McDermott, CEO of German multinational software company SAP, has revealed he is not renewing his contract and is stepping down with immediate effect, ending his decade-long tenure as CEO.

In a press release, he gave his reasons for leaving, stating: “Every CEO dreams of being able to transition a company to its next generation from a position of significant strength. When you look at where we were and where we are, I simply could not be prouder of what this company has achieved over the past decade.”

Two executives have immediately assumed the roles of co-CEOs, in what the company says is part of a “long-term succession plan”. Jennifer Morgan was previously president of the Cloud Business Group, having joined the executive board in 2017. Christian Klein was COO, and a member of the executive board since 2018.

Professor Hasso Plattner, SAP’s chairman, said: “SAP would not be what it is today without Bill McDermott. Bill made invaluable contributions to this company and he was a main driver of SAP’s transition to the cloud, which will fuel our growth for many years to come. We thank him for everything he has done for SAP. We also congratulate Jennifer and Christian for this opportunity to build on the strong foundation we have for the future of SAP. Bill and I made the decision over a year ago to expand Jennifer and Christian’s roles as part of a long-term process to develop them as our next generation of leaders. We are confident in their vision and capabilities as we take SAP to its next phase of growth and innovation.”

SAP is known for its extensive specialisation in enterprise software. Since its founding in 1972 by former IBM employees, the company grew on the back of its enterprise resource planning (ERP) software. In more recent times, the company has embraced emerging technologies, with its latest SAP S/4HANA ERP platform featuring cloud capabilities. The company reported its 2018 revenue as being €24.70bn, and said it employed some 96,500 people.