Software like Slack comes to fore in coronavirus pandemic 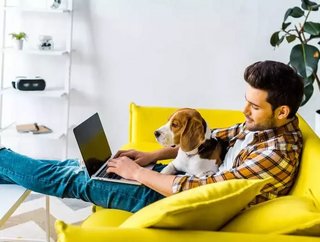 Remote working is increasingly becoming a necessity as offices are shuttered due to the coronavirus pandemic. Just last week, Twitter enforced a work f...

Remote working is increasingly becoming a necessity as offices are shuttered due to the coronavirus pandemic.

Just last week, Twitter enforced a work from home policy for all of its nearly 5,000 global employees, intensifying its previous advice which instead simply strongly recommended adherence to the policy. Before that, Apple CEO Tim Cook issued a memo telling employees worldwide to work from home if it was possible to do so.

It’s a trend enterprise collaboration software Slack has directly addressed in a blog post, saying: “At this time, like everyone else, we’re thinking about the health of our people and their families and communities, and how that changes how we work together to help reduce the spread of infection.”

The company accordingly offers extensive remote work capabilities as part of its claim to be a replacement of email inside a company. Unlike email, conversations can be easily divided into distinct channels for different projects or teams within an organisation, alongside advanced search features to ensure things aren’t lost. Considering the mishmash of solutions commonly found within organisations, Slack also offers integrations with rival solutions, including Google Calendar.

Slack was founded in 2009 as a video game developer (at which time it was known as Tiny Speck), by a team including the founder of Flickr, Stewart Butterfield, and other team members such as Flickr’s Chief Software Architect Cal Henderson. The collaboration software on which the company has built its name and reputation was only developed after the failure of the company’s first projects.

Having raised some $1.4bn over a succession of funding rounds since 2010, Slack was valued at $20bn when it made its debut on Wall Street in June of last year.

While enthusiasm for remote working does seem prescient, it is worth noting that the market doesn’t entirely agree. Last week, Slack experienced a 20% fall in its share price as part of the wider wipeout.