Spotify doubles down on podcasting market with Parcast acquisition 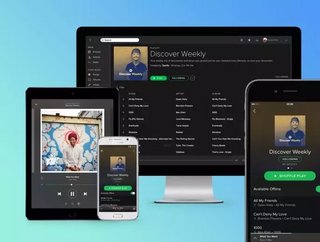 Spotify has announced that it has acquired Parcast, a podcast network that specialises in crime, mystery and science fiction shows. The world’s most...

Spotify has announced that it has acquired Parcast, a podcast network that specialises in crime, mystery and science fiction shows.

The world’s most popular audio streaming subscription service has made substantial efforts to position itself as a serious podcasting platform — one which creates its own content.

“The addition of Parcast to our growing roster of podcast content will advance our goal of becoming the world’s leading audio platform,” said Dawn Ostroff, Spotify Chief Content Officer.

“Crime and mystery podcasts are a top genre for our users and Parcast has had significant success creating hit series while building a loyal and growing fan base.

“We’re excited to welcome the Parcast team to Spotify and we look forward to supercharging their growth."

“In three years, we have created a production house that has grown exponentially and hit a chord with mystery and true-crime fans, especially women, across all 50 states and around the world,”  said Max Cutler, Founder and President of Parcast.

“We are proud to join the world’s most popular audio subscription streaming service and gain access to one of the largest audiences around the world,”

“Alongside Spotify, our ability to scale, grow and amplify the unique and tailored brand of content we create is full of fantastic possibilities.”

The terms of the deal were not disclosed and the transaction is expected to close in the second quarter of 2019.

Podcast listening has continued to soar around the world — and Spotify has taken notice.

Co-founder and CEO of Spotify, Daniel Ek, highlighted that whilst music will remain a core focus for the Swedish audio platform, the firm will continue to tap into new forms of audio entertainment like podcasts.

“Based on radio industry data, we believe it is a safe assumption that, over time, more than 20% of all Spotify listening will be non-music content,” he said.