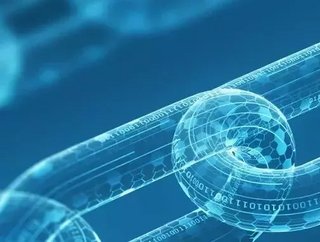 Tim Kirk, Founder and CEO of SureCity Networks, on cyber and network security in the age of digital transformation and the company’s work with DuluxGr...

The digital transformation of enterprises, driven by innovative technologies, the shift to broader and more complex networks and migration to the public cloud shows little sign of slowing. And while that transformation brings numerous benefits, it also brings greater complexity and a heightened threat landscape. As a result, network and cyber security plays a pivotal role in enabling such transformations.

“Digital transformation isn’t a new phenomenon,” says Tim Kirk, Founder and CEO of SureCity Networks . “But, while that transformation journey has been happening for some years, more recently there’s been a significant increase in organisations using multiple public cloud providers and increasing complexity of networks make it harder to prevent and secure networks.”

This shift, says Kirk, has brought significant change to the traditional threat landscape for organisations such as DuluxGroup .

“The risk exposure now is very different,” he explains. “As a result of that push towards the public cloud, companies are realising they have a greater number of assets that are publicly facing and which, as a consequence, could be at risk. Our specialty is being able to secure those environments in an agile and creative way that doesn’t hold up their business processes and delivers a best-in-class solution.”

SureCity Networks provides this service for companies across several sectors, including DuluxGroup. The business specialises in network and cyber security, delivering across three core areas of consultancy, managed or hosted services, and cyber security products.

In working with partners, SureCity Networks limits attackers abilities to move throughout Networks and Systems. It is able to set itself apart by being a true, vendor and solution agnostic company. SureCity Networks takes a proactive role, believing that prevention is more effective than cure, and aims to prevent cyber-attacks at the earliest opportunity.

The company has been working with DuluxGroup for more than two years, transitioning over that period from initial work around public cloud to a far closer relationship.

“For any organisation, the crucial aspect is that digital transformation means speed and agility, of course, but the key thing is to do that while maintaining optimal security at all times,” says Kirk.

“When we started working with DuluxGroup, the scope of work initially involved helping them with consultancy work,” he continues. “This included securing their journey to public cloud and a next generation firewall security assessment. As part of the latter, we delivered analysis, a report and recommendations, and it was really the depth of that work that cemented the partnership and saw it develop into a full managed services solution. Essentially, that means we operate their networks, manage all of their next generation firewalls and consult on digital transformation strategies around moving workloads to public cloud so as to enable a faster and more effective route to market for products.”

According to Kirk, SureCity Networks brings several key advantages to DuluxGroup and other partners:

The latter, Kirk explains, is becoming increasingly important. “The reality is that hackers don’t switch on and hack you between nine and five - it’s a 24-hour consistent threat. Our job is to ensure that DuluxGroup’s security keeps pace with its development and ongoing Digital Transformation program, and so we work hard to ensure a platform is in place that self learns and re-programs to block any attack that occurs at any time.”

Naturally, such an approach requires a close relationship - something that Kirk reiterates is a key differentiator of SureCity Networks’ success. “We’ve been really fortunate to work with DuluxGroup in particular for several reasons,” he states.

“As a critical partner, they are one of few that work really closely with us to give insight into things like long-term strategies and vision. As an example, they have a regular internal convention for partners and suppliers that is solely focused on future plans and vision. From our perspective, it’s a great way of helping us to align with the strategy and deliver the best possible outcome that we can.”