Technology and technique: at the forefront of African agriculture 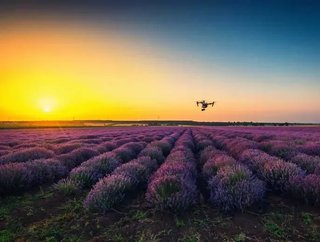 Smart technology solutions may be at the heart of empowering Africa’s agricultural sector, turning it into a major source of commercial advantage for...

Smart technology solutions may be at the heart of empowering Africa’s agricultural sector, turning it into a major source of commercial advantage for the continent.

A report released by the African Development Bank Group noted that Africa has 65% of the world’s remaining uncultivated arable land, an abundance of freshwater and approximately 300 days of sunshine per year. Additionally, more than 60% of Africa’s working population have jobs in the agricultural sector, and the soil across most of the continent is rich and fertile.

Despite this natural potential, in 2017, Africa spent US$64.5bn on importing food, a number that has the potential to increase year on year as the population expands. By 2025, one quarter of the world’s population is predicted to reside in Africa.

The African Development Bank believes that, through modern agricultural techniques that harness new developments in smart agriculture, Africa’s agricultural sector has the potential to be transformed “into a business-oriented and commercially viable sector that guarantees the continent’s food self-sufficiency and puts an end to food insecurity and malnutrition.”

One major reason that a large number of African agricultural exports don’t make it to Europe or the US is that they don’t pass restrictions on the amount of pesticides that can be applied in order to be sold in the EU. In Ghana, which has more than 37mn acres of agricultural land, monitoring crops without the help of technology is next to impossible, and leads to mass pesticide spraying, which renders crops like maize and cassava unsellable in foreign markets and potentially hazardous to native Ghanans.

This problem is being tackled by Acquahmeyer, a company that uses UAVs to provide intelligent insights to farmers that allow them to reduce pesticide use, increase crop yield, and boost profits.

"Ghanaian vegetables were not making it to the EU countries because of pesticide residues on the fruit and vegetables," said Acquahmeyer COO Kenneth A. Nelson in an interview with CNN.

The company is working with more than 8,000 farmers across Ghana, charging farmers between $5 and $10 per acre for crop assessments. The drones check leaf color and soil quality, producing reports on the crop's health, and have reportedly reduced pesticide use by as much as 50%.

The African Development Bank is also investing heavily into drones as an agricultural aid across the continent. In 2018, the Bank announced the launch of a joint-program between itself, the Tunisian Government and the Korean city of Busan. The three bodies signed an agreement to “launch a pilot project on the use of drones for better management of agricultural projects. The project used four drones to train 32 Tunisian young people on how to use the technology in an agricultural setting. The drones will help farmers to provide fast and accurate agricultural data to improve project management, expedite delivery and improve decision-making. 14 Feed Africa The Bank will continue to develop its focus on promoting new technologies and modern farming techniques.”

Urban Farming: when Muhammed won’t go to the mountain

Countries like South Africa, which already has a 65% urban population, are continuing to experience a great migration towards cities and towns. The Kenyan capital of Nairobi grew more than 20 times in size between 1969 and 2009. In Central Sub-Saharan Africa, almost 80% of people live in cities.

This leads to higher food prices and greater food wastage, neither of which are beneficial to the urban poor, a recent report in Farmer’s Weekly found. Data from Statistics South Africa even goes so far to suggest that 70% of urban households in South Africa live in conditions of food insecurity.

In response, people across the continent are turning to urban farming techniques to turn more land over to agricultural pursuits. In Kampala, Uganda, Diana Nambatya Nsubuga, who has a Ph.D. in public health, opened Kwagala Farm with her husband in their half-acre backyard in 2010. Its success, followed by a marked interest from other people in the city, has seen her expand and begin offering training to the discipline.

Urban farming has the benefit of reducing the length of agricultural supply chains, encouraging people to eat what’s in season and, when coupled with technologies like hydroponics and aquaponics, uses less water and creates higher, more sustainable yields.

Currently, the most cutting edge advancements in these technologies are occurring outside of Africa, but the introduction of urban farming solutions that are more efficient and weatherproof, could have a transformative effect on the region’s food supply.

There are other steps to take as well, harnessing developments from every corner of the technology space. Nigeria is undergoing a large-scale registration of its farmers onto an electronic wallet system to facilitate fertiliser subsidy payments, advances in horticultural techniques, and refinement of supply chains across the continent.

Dr. Akinwumi A. Adesina President of African Development Bank advocates for a global effort to “cultivate a new African agriculture today that will bear a rich harvest tomorrow. This might not take very long if we get the transformation right. Africa’s manifest destiny is to feed the rest of the planet and not the other way around.”