Top 10 universities in the world for technology and engineering 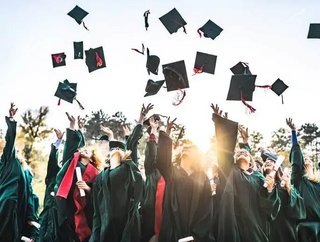 Picking the right university is often seen as the first step to kickstarting your career.Gigabit examines the top 10 universities in the world for engin...

Picking the right university is often seen as the first step to kickstarting your career. Gigabit examines the top 10 universities in the world for engineering and technology, according to Times Higher Education.

Located in Atlanta, USA, the Georgia Institute of Technology (Georgia Tech) is one of the nation’s leading research universities which provides a technologically-focused education. Educating more than 25,000 undergraduate and graduate students,  Georgia Tech was ranked among the top 10 public universities in North America by U.S. News and World Report.

Producing over 20 Nobel Peace Prize laureates, ETH Zurich is considered to be one of the most prestigious universities for technology and science. Around 530 professors teach about 20,500 students – including 4,100 doctoral students – from over 120 countries. Famous alumni who attended the university include Philippe Kahn, who is credited with inventing the camera phone.

8. The National University of Singapore

The National University of Singapore (NUS) has made a lasting impression on the technology space. The university recently opened the Innovation 4.0 building (i4.0) a hub which aims to be “the heart of the University’s research and development cluster for data science, cybersecurity and analytics, fostering new solutions in the innovation of Smart Mobility, Smart Living, Digital Health and Social Connectivity,” according to the university.

Princeton is an esteemed Ivy league university and one of the oldest universities in the US. It’s regarded as one of the world’s most illustrious higher education institutions and is at the forefront of computing. Famous alumni include Amazon founder Jeff Bezos, and Alan Turing, the pioneer of modern computing who developed a machine that helped break the German Enigma code during WW2.

The University of Cambridge is steeped in history, standing as the second-oldest university in the English-speaking world and the world's fourth-oldest surviving university. In its Department of Computer Science and Technology, there are currently around 300 undergraduate students, 59 MPhil students as well as 120 postgraduates engaged in research.

Championing the motto ‘Mind and Hand’, the Massachusetts Institute of Technology (MIT) strives to advance knowledge in areas of science, technology and more. Today, the university has over 11,000 undergraduate and graduate students, with famous alumni including Drew Houston, who co-founded Dropbox a year after he graduated from MIT. Patrick Collison, CEO of Stripe, also enrolled at MIT in 2006 based on a SAT he’d taken at age 13.

Located in Pasadena, California, the California Institute of Technology (Caltech) is renowned for its strong science, technology and engineering research. Alumni and faculty of Caltech have been awarded 35 Nobel Prizes, one Fields Medal, six Turing Awards and 71 United States National Medal of Science or Technology.

Consistently topping the rankings as one of the world's top universities, Harvard University has made a lasting impression on the technology space. Mark Zuckerburg famously launched Facebook from his dormitory at Harvard and Bill Gates studied at the university before dropping out to found Google.

Standing as the oldest university in the English speaking world, the University of Oxford has consistently made its mark in the technology market. There are nearly 24,000 students at Oxford, including 11,747 undergraduates and 11,687 postgraduates.